The build-up to an album release by the six-piece band Arcade Fire is always filled with incredible excitement and anticipation, similar to that of other giants of the "alternative" or "indie" genre like Radiohead, such is the quality of their previous releases.  Truly, were they to retire today, there is still little question that they would go down as one of the most important bands of this and likely many generations.  The hallmarks of this band are what many bands would aspire to - dynamic vocals and instrumentation, boundless creative energy, a powerful social conscience that runs throughout their lyrics and actions, and most importantly, the ability to create and perform songs that uplift and transform the listener.

With that kind of preamble, and with their incredible back catalogue, I guess they were due a bit of a letdown album then...

This video is insane.  Watch the top right corner of the stage...the video is long but the speed at which the events transpire in the first two minutes alone is hard to believe:

Thankfully, all 22 000 attendees of the concert ('Unite With Tomorrowland' held in Barcelona) were safe and unharmed.

When a new album comes out from one of my favourite bands, it comes with lofty expectations. 'Everything Now' did not match my expectations.

Here's Russell Brand using his 'The Trews' youtube channel to expand on mental health as it relates to men, recent trends, and Chester Bennington:

Courtesy of NME, here is the list of nominees for the 2017 Mercury Prize, which is awarded annually to the best band in the UK and Ireland: 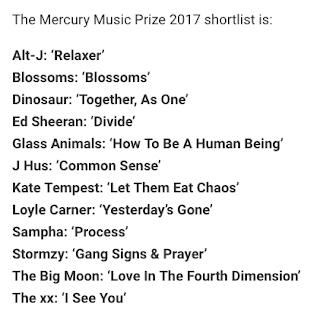 The Guardian isn't so thrilled with the list though:

And finally, though this is likely the best bit of all, here is an exceptional interview with Trent Reznor about the state of music today, Drake, vulgarity, and the current US President.  I love this man (Reznor that is):

"The idea that success equals happiness pisses me off ... It's funny to think that just because you're successful you're now immune to the full range of the human experience..."

May he live long in the memory and find peace wherever he is headed...Peace,
Br.
Posted by Br. at 19:06 2 comments:

Br: As Joel states below, "electronic" music has always been exceedingly difficult to qualify because there seem to be at least as many ways of classifying electronic music as there are artists who make it.  In addition, it is a genre (?) of music that has always had deeper roots in Europe than in North America, so the electronic music that has found its way over here has frequently been only really followed by a bit of a niche crowd.  Sure, the semi-recent North American take on dub-step was pretty massive in the public consciousness, but prior to that, electronica had only rarely grasped the masses in the same way as it had in Europe.

Throwing ourselves back in time to the 1990s, there are some definite high-water marks in terms of electronic music getting its hooks into a wider base of listeners.  The debut album of DJ Shadow in 1996 was one such high-water mark in that the album is still seen as one of the most influential and critically acclaimed albums in the genre.  One of the others was the explosion of breakbeat and trip-hop bands that came out of the UK in the late '90s.  It seemed that over a very short period of time, electronic music had gone from a "club-goers-only" market to wide radio play, so much so that listeners and DJs alike struggled with how to qualify it and which radio stations would play it.  It wasn't rock or hip-hop, two genres North America knows well...it was something somewhere in the middle or maybe even apart from both.  Bands like The Prodigy, Daft Punk, and Fatboy Slim were flooding the airways; as important as these bands were though, there are two bands that would come to define the 90s electronic sound - The Chemical Brothers and Massive Attack. 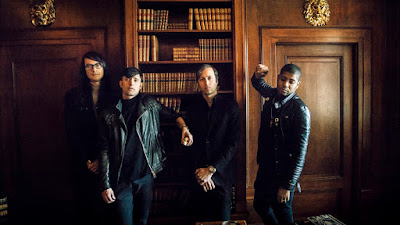 When I chose this album to review, I wanted to choose a band I hadn't heard before.  I settled on Algiers because I thought their album had a cool title and after sampling about a minute of the title-track, I thought they sounded unique and worth a listen.  I was not prepared for the power in this album.
Read more »
Posted by Joel G at 20:30 No comments:


...and yes I know it's not really Bon Iver, it's not nearly boring enough.

Email ThisBlogThis!Share to TwitterShare to FacebookShare to Pinterest
Labels: Let The Song Protest

Okay, so the headline that "Live Music is Good for the Soul" is misleading as there is no mention of the soul (or any other existential concept for that matter) but here is yet another article confirming that listening to music is good for you.  I know, you're shocked, right?


As a counter point, is anyone else of a mind that there may actually be too many music festivals in the summer?  According to the website 'Music Festival Wizard', there are 63 festivals in July alone and their list is in no way complete (it's missing Latitude, Pitchfork, and Hillside for example, all of which are this weekend).  There has to be an argument that too many festivals = diluted line-up, no?  Hmmm.  Happy summer anyway.

Oh, and the guy who released this video wants to run for a position on the US Senate.  We live in a world in which literally nothing should be shocking anymore.  British comedian Frank Skinner has a bit about the fact that any story is made instantly believable if it starts with the phrase "in America..."

It is so impossibly hard to measure how good a band is when they play live, but I will say this about Elbow - they are honest-to-goodness flawless live.  Guy Garvey, the owner of the most complicatedly beautiful voice on the planet, is note-perfect, the band are singularly focused, and by the end of the set, Garvey could lead you anywhere he likes, such that it matters neither if it's a full stadium or a crowded pub - he will have you singing harmonies on "One Day Like This" and you will feel as if your one voice added to the crowd of others is the most important thing in the world.  I love this band for a lot of reasons, not least their lyrical prowess, but it is always their ability to move me and lift me that I come back to... 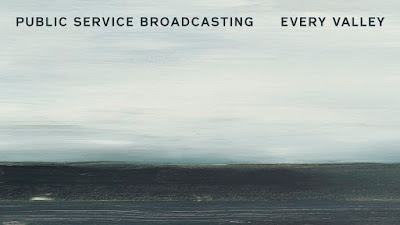 Public Service Broadcasting are as unique to music as is believably possible; they have essentially taken technology and fused it with history as a means of telling powerful narratives in the most original of ways.  If you're new to the band, they are a duo (that recently became a trio) from London who use live drums and guitars, looping pedals, a laptop, and most uniquely, samples taken from specifically themed historical subjects (in place of lyrics) as a means of telling a story.  Want to know more?  Start here. 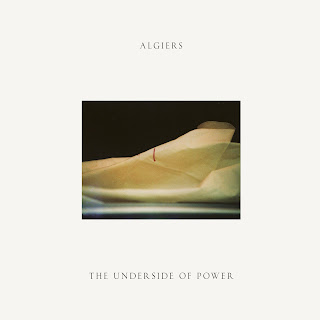 I don't know that any album in recent memory has haunted me like this album has.  Evocative of Marvin Gaye's 1971 classic "What's Goin' On", the second album by Atlanta-based Algiers is very much rooted in the shifting political and cultural sands of present-day America and openly questions throughout the record just what the hell has happened to the country they thought they knew.  The uncertainty the band feel about their nation's current reality and its troubled past comes storming through right from the first track, which opens with a speech excerpt by Fred Hampton, the equal rights activist who was so charismatic and influential in the late 1960s that he was murdered by Chicago police in a 1969 "drug raid".  Those parallels that exist, especially for ethnic minorities and most specifically black Americans, between 1969 and 2017 are made evident throughout the album; the track "Cleveland" is perhaps the most obvious in terms of its connection to the use of force by police.

As for the soundscape of the album, it is chaotic, loud, frenetic, de-stabilizing, and exhausting such that by the time the pace or urgency abate in any way, you're six songs deep and effectively lulled into a false sense of security before the tempo gets ramped up again.  Even the song titles are evocative of chaos and trouble, "Cry of the Martyrs", "Death March", and "Bury Me Standing" not least among these.  This is quite clearly a band that has a message to send and has chosen to do it in the loudest and most aggressive way that they know how.  But does it work? 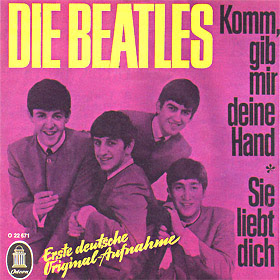 "Do we really have to copy all the rubbish that comes from the West... with all the monotony of their 'Yeah, yeah, yeah'"?

Thanks to Alan Cross's A Journal of Musical Things for pointing me towards a fascinating article from the BBC about the battle for rock and roll and punk in Communist East Germany.  Read it here.
Posted by Joel G at 17:38 No comments:

Email ThisBlogThis!Share to TwitterShare to FacebookShare to Pinterest
Labels: Let The Song Protest

Farewell to the Maccabees...

Long one of my favourite bands, The Maccabees have officially called it a day after last night's final farewell concert.  Numerous bands and artists have paid tribute to London-based band (via NME); I for one count myself lucky to have seen them in Toronto a few years ago and to have chatted with Felix before the show.  Great group of lads who created some great music.  Here are some 'essential-listening' tracks to get you through in case you're just being introduced to them for the first time:
I will miss you boys.  Don't be strangers in wherever your futures take you.  Peace,
Br. 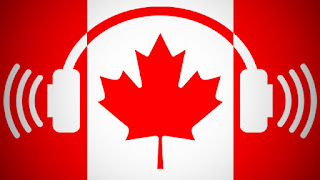 In honour of our nation's 150th birthday, Joel has come up with a distinctly challenging blog post, which is for each of us (in isolation) to come up with our favourite ten songs by Canadian bands from any era or decade.  Yikes.  Notice that we are not selecting the best Canadian songs or the most culturally important songs per se, but our favourites (so no complaints about leaving out "The Hockey Song" or "The Wreck of the Edmund Fitzgerald" please).