August Album Review: IDLES, 'Joy as an Act of Resistance' 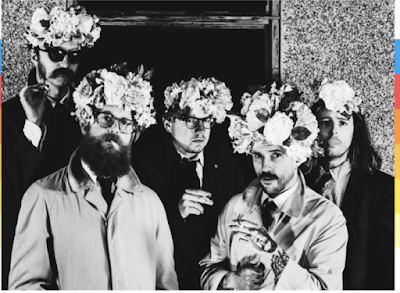 2017’s 'Brutalism' was a thundering debut full of urgency and action but what sets 2018’s 'Joy as an Act of Resistance' apart is the more measured, intuitive approach the band have taken. There is no shortage of thunder or urgency, the telltale sign of a band swimming in relevance, but there is also a seemingly carefully plotted control over the both the vocals and the instrumentation such that the message behind the songs – songs about the dangers of traditional masculinity, and the dangers of post-Brexit isolationism – always is at the fore.

The album begins with “Colossus”, an aptly-named giant of a song that is dark and brooding, almost to the point of being uncomfortably intense. But there again is the measured approach the band have taken – as a listener you are kept on the very edge of that tension, allowing the message and energy to soak in. The tone of the album changes little over the course of the twelve songs, with the ultimate reward for the listener being the feeling that not only have you experienced something urgent and important, but that experience was shared with the band in a manner that goes far beyond a typical album. Standout tracks are aplenty, especially “Samaritans” and “Great”, but the cohesion of the album as a whole is something that needs to be experienced in its entirety.

At a time when punk seems to be re-defining itself amidst its own developing public renaissance (because it has always been vital beyond the mainstream), IDLES are without a doubt the band with their foot most firmly on the accelerator. This album is instantly memorable and may just be the catapult on which the band are launched. 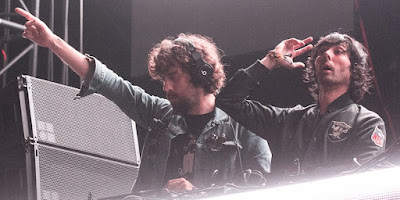 French dance DJ duo Gaspard Augé and Xavier de Rosnay have been one of the most sought after and acclaimed dance acts since their debut in 2011. Capable of crafting some of the most danceable EDM songs in recent memory, the duo have a penchant for absolute club bangers; the realization of these songs in a large-scale concert format has proved problematic, mostly down to the limitations of atmosphere, acoustics, and the fact that the majority of their music is performed sans instruments. Hence this album, 'Woman Worldwide', which is essentially a re-imagining of their 2016 album 'Woman' but with the application of all that the duo have learned from performing these songs live for large audiences. Really, this is all just an elaborate way to call the album a collection of remixes, and for that there is reason for doubt to arise.

To the optimist, 'Woman Worldwide' is a collection of massive dance tracks, each one propelling the listener towards the dance floor, or to even make of their listening space a dance floor of their own. There are hooks aplenty, constant build and tension before the inevitable resolution, and some absolutely thundering moments of percussion. In short, an album filled with all that has made the duo famous in the first place.

To the pessimist, 'Woman Worldwide' is a simple, if slightly larger (growing from the 10 tracks of 2016’s 'Woman' to 15 tracks here) collection of the band’s own remixes of their own songs. Have the songs been re-imagined? Yes. Have the songs been creatively mashed-up with many of the band’s best offerings? Yes again. But is it really all that challenging for a renowned dance duo to simply make use of their computers again to modify these songs? Are they really breaking any new ground? Is this really worth it?

Though my natural inclination is towards pessimism, just as a general rule, there is no doubt and no questioning that 'Woman Worldwide' is an album that will please many listeners for the simple reason that its very essence is built around the idea of making you move. Question intention all you like, but when it comes right down to the music, it’s hard to listen to this album and not want to dance, which I am sure is all that really matters to Justice.