You asked for it, here it is! The debut release from father-and-son duo Turmeric Lost, 'Usterday' is now available to stream via the Listowel General Store website. Enjoy!
Link to the album: Usterday
Peace,
Br.
Posted by Br. at 20:49 No comments:

May Album Review: The 1975, 'Notes On A Conditional Form' 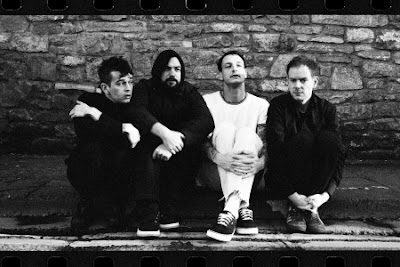 I have spent the past few years, especially since 2005, trying to expand my musical horizons and really digging into all that is out there; I've made it a habit lately to listen to bands I've never heard of, or have been recommended to me, or that I have stumbled upon and really see what they offer. Music is so broad and expansive a world that it feels a bit like my responsibility as a self-professed audiophile to try to experience as much of it as I can. And yet...this band have always made me feel trepidatious. They've never grabbed me, never held my attention, and always seem to be in the news because of what their lead singer Matty Healy says and not because of their music. They have always felt like a band that wants to have the appeal and bravado of Brit-pop Oasis but lack the musical merits. Or maybe I have misread the whole thing. Maybe they're great and all the millennials reviewing music at NME really are onto something. So, here I am...

The Rabbit, The Most Emotive of Mammals

I love a sad song. Sad songs, the really good ones anyway, have lyrics that speak to your heart directly, sometimes even directly to your experience. There is much to be said for catharsis, for knowing that when you're sad, someone else is too and that you can share that singular emotion through music, the most emotive of all arts perhaps even in all of human invention...

I also love a song that builds, that takes you somewhere slowly creating tension and lifting you up to a point where you're not sure how much longer you can hold on, only for that moment of crescendo to properly allow the song to soar...

Recently, I became aware again of Matt Good's 2003 album 'Avalanche' and was struck dumb by my love for the song "While We Were Hunting Rabbits", one that fits all of the criteria above. The very idea behind the name is still such a mystery but it invariably led me to The National and their song "Pink Rabbits", another that matches many of the same criteria and also got me through some very hard times. Rabbits again...

And then there is Frightened Rabbit, the Scottish band that hold such a special and tortured place in my heart that it is all but impossible to adequately describe. Rabbits. Again.

Is it their skittish nature? Their hesitance to trust others? Their short life span but seemingly universal appeal? I don't know ... but I know it works. Please, enjoy...

Matthew Good, "While We Were Hunting Rabbits"

Last week there wasn't even a single album that I was excited about listening to, so it was more time spent with Car Seat Headrest. Thankfully this week brought a lot more potential quality and definite interest, even if the end results were a bit underwhelming... 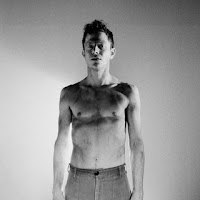 Perfume Genius, 'Set My Heart On Fire Immediately'
- I've long been a fan of Mike Hadreas and it has been so engrossing to watch his evolution as a singer and performer; the production value is off the charts on this album but there just wasn't enough life to it, especially vocally ... I'm aware that the overtly spoiled tone of the opener really soured the album for me ... there is enough here for new listeners but to me, this doesn't speak as clearly or as powerfully as his past efforts (no matter how glowingly it is being reviewed elsewhere)
- final rating: Recommended 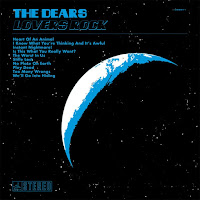 The Dears, 'Lovers Rock'
- after the first three songs, I was ready to say that this was the best album from The Dears since 2006's 'Gang of Losers' ... but the rest of the album didn't love up to the early tone and it tailed off for me overall 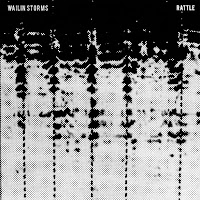 Wailin' Storms, 'Rattle'
- this is definitely an album that had its genre mis-labelled on reddit ... lots of repetitive instrumentation and even more yelling 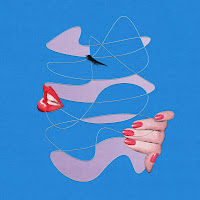 Public Practice, 'Gentle Grip'
- so much funk, so much punk, so much fun, this one was an album that my son and I danced too a lot on rainy days
- final rating: Recommended 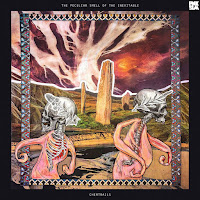 Chemtrails, 'The Peculiar Smell of the Inevitable'
- the music was quirky but infectious, the vocals downright bonkers, but something kept me listening 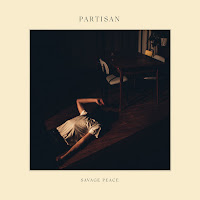 Partisan, 'Savage Peace'
- 80s-influenced post-punk, which is a pretty difficult genre to get excited about 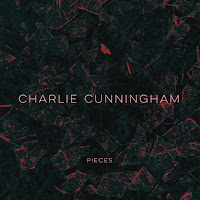 Charlie Cunningham, 'Pieces EP'
- "Climb" is my song of the year and has been since the first time I heard it; for that reason alone you should give this EP a listen
- final rating: Recommended

Sometimes, you gotta let it all go... 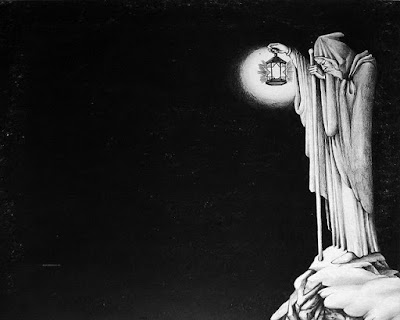 It’s pretty wild to think I started this 20 years ago. An old Franklin planner has become my musical time capsule. In 2000, I wasn’t planning to record my favourite 15 songs of all time every ten years, it just happened that way. Back then, my list was full of classic rock songs. Ten years later, I updated my list. My 2010 version had a blend of classic rock, metal and 90s. Now here we are in 2020 and it’s time for another update!

When I started to make my current list of my top 15 favourite songs of all time, my first draft saw 58 tracks. It wasn’t easy, but eventually I whittled that down to 18 songs. The last 3 cuts were BRUTAL! I wish I could have left it at 18, but I couldn’t and I really disliked leaving off the final trio of tunes

I’m 42 now. How much did my list change over the past 10 years? I can tell you it’s much different now than it was 20 years ago. Now that it's complete, I proudly give to you my 2020 edition of Curt’s Top 15 Favourite Songs of All Time!

Checking Out the Listowel General Store...

My son and I have a habit of sitting down with my midi-player and Garage Band to pump out the electronic jams, most of which have no structure whatsoever and can only truly be appreciated by the hearing-impaired.

Recently, my good friend JBE asked me if I had any music to contribute to his new fake electronic label, The Listowel General Store (LGS). Enter the father & son duo that, lifting their name directly from a kid's book, is now known as Turmeric Lost. Check out the website to see all the other offerings from the label:


Of particular interest has got to be the interview with Turmeric Lost, which was posted yesterday in advance of the duo's album release of 'Usterday'

Worry not, the tunes will be shared here soon! Peace,
Br. 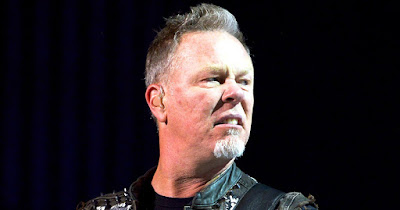 20 years ago I started keeping a record of my 15 all-time favourite songs. The first list was written in the spring of 2000. 10 years later, in the spring of 2010, I continued the tradition. This time I was now living in Lethbridge, AB and recovering from my fourth knee surgery.

I obviously had time on my hands and I chose to update my list. It was the 10 year anniversary of my original list and I knew my music tastes had changed. I still loved classic rock, but it wasn’t the only flavour on my menu anymore.

Fontaines DC have served up some great news - a new single in advance of a new album has arrived. Come on! Here's "A Hero's Death": 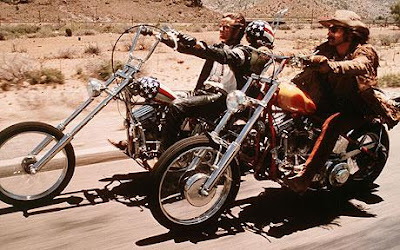 20 years ago I was living in Orleans attending the University of Ottawa. Like a lot of students, I wanted and needed to be constructive, but the studying I was doing was getting stale and I needed a new project. On March 29, 2000 I chose to spend my time writing down my top 15 all-time favourite songs in my old Franklin day planner

This ancient looking, leather bound book just sits on one of my book shelves and is only opened every 10 years to update the list. I do not look at it before I make my most recent edition, as to not influence myself

Here is what a 22 year old me thought were the best 15 songs ever:

The Albums To Influence Our Lives, Part Six 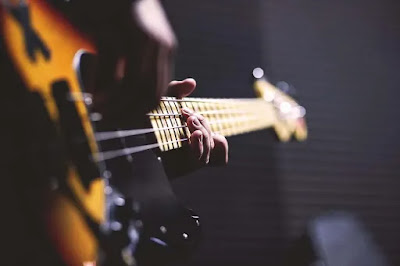 The wildly differing albums on offer in this post make me smile. This may be the last of these but what an experience it has been. My heartfelt thanks to all of our contributors and readers... 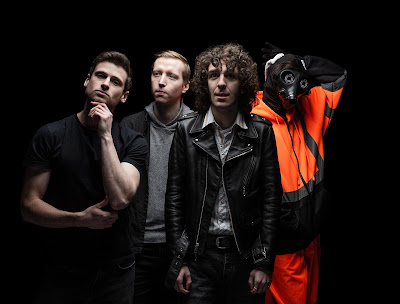 I'm breaking from recent tradition this week as I have only really listened to one new release all weekend. Sorry if you're a big fan of Mogwai or Diet Cig or any of the other bands to release music this week because the only album playing for me has been the third major-label release from Car Seat Headrest, 'Making A Door Less Open'.

The Albums To Influence Our Lives, Part Five 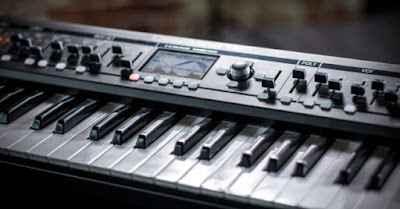 Just when I thought the submissions were beginning to dwindle, I get five in two days! Here are the first three of those, with Part Six just around the corner...